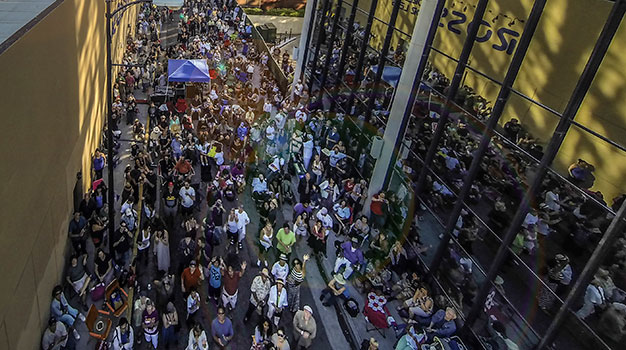 After presenting over 120 acts on 11 stages over a three day period, it took us a bit of time to sort through the many stories we heard post Fest. From what we saw and heard, there were plenty of highlights to choose from.

Since our festival presents such a wide range of genres, we decided to revisit some key moments by placing them in the greater context of each artist’s career. For some, Summer Fest was a watershed moment, the next step in what may turn into a long, illustrious career. For others, their appearance reinforced their status as legends of the jazz idiom.

Natalie Cressman transitioned from Next Gen standout in 2012 to front page story for the San Jose Mercury News, all in the span of a year. It’s especially remarkable considering that during her teens, Cressman was initially planning to become a professional dancer. (She elaborated on that story in an exclusive interview with us before Summer Fest.) 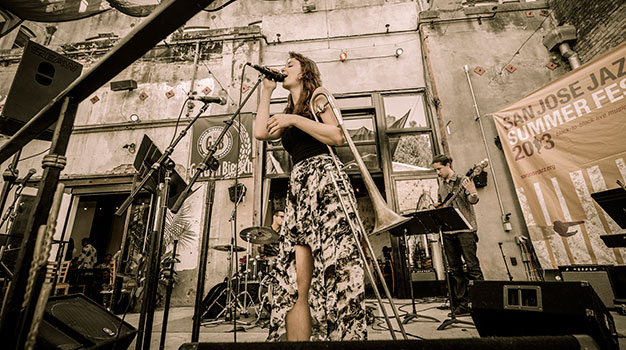 When she closed the Cisco Silicon Valley Stage Sunday evening, we witnessed the artistic evolution of Sasha Dobson. Much earlier in her career, she joined her late father Smith on several Summer Fest stages over the years, yet she returned this year with her greatest artistic statement yet. While many outlets have described her latest album, Aquarius, a departure from jazz, Dobson carefully notes that her jazz education still informs her process very much. In fact, she and producer Joel Hamilton crafted the album around her voice, which soared with minimal accompaniment on Sunday. (We spoke with Dobson about the new album and more in an exclusive interview) 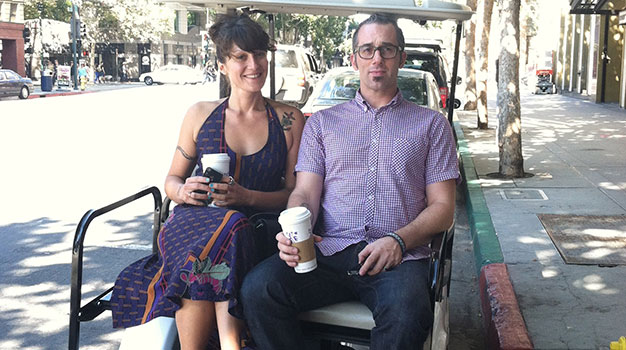 This year also helped us bring together a duo that had largely collaborated online. On the RBC Jazz Beyond Stage, singer / trumpeter / producer Miles Bonny and local beatsmith B. Lewis, who joined forces on their 2012 Egg Black EP, performed together live for the second (and third) time ever at Summer Fest. Their sets were a wonderful opportunity to showcase the musical breadth of a local artist like B. Lewis in a setting that could let our audience witness some great music being born in their backyard. Bonny’s laid-back horn playing lent a jazz sensibility to the mix. 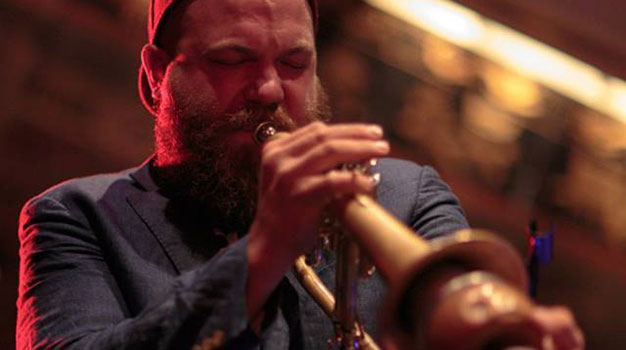 The Gipsy Kings are no less than a cultural phenomenon. They were great ambassadors for the Romani people, more commonly known as Gypsies, and the group’s smash “Bamboleo” helped spread the rich cultural tradition of these people around the globe. This year, we were fortunate enough to help Gipsy Kings members take their next cultural step forward. Thanks to new DNA evidence, there’s evidence linking the Romani people back to India, and the Gypsy AllStars’ Jazz+ performance Friday evening actively explored the musical partnership between India and Gypsy music. It was a pleasure to see these spokesmen of a cultural tradition add a new layer of depth to their story before our eyes. Given the line around the block to enter the Adobe Blackbird Tavern Stage that night, we weren’t the only ones who felt that way! 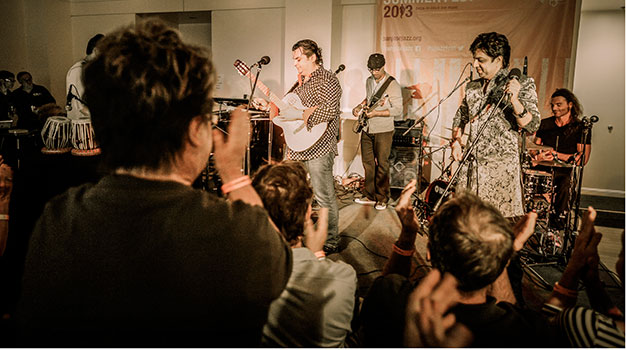 This past March, bassist Derrick Hodge appeared at Winter Fest as part of the Robert Glasper Experiment, with the group’s two celebrated sets among the Fest’s highlights. At Summer Fest, Hodge stepped forward from supporting player to front man as part of his own quartet. Just like at Winter Fest, Hodge delivered two tremendous performances that rated among the best all weekend. 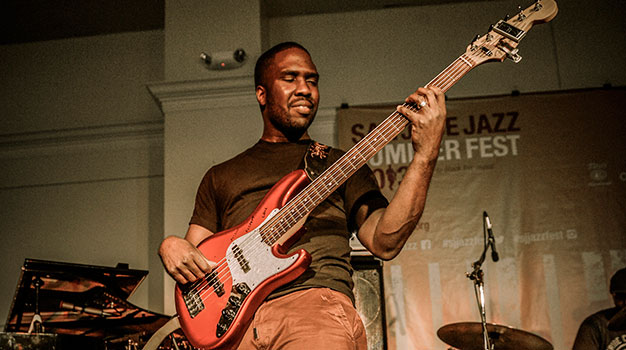 Bogota, Colombia’s Audiotrópico arrived in town on Friday evening and couldn’t contain their excitement about being part of Summer Fest. They returned the favor by providing a brilliant performance on the Adobe Blackbird Tavern Stage Saturday afternoon — and repeating the feat with another breathtaking performance inside the Pagoda later that evening! Some patrons were so blown away they said their sets were among the best they’d ever seen at Summer Fest. No one traveled as far as this group to play our festival, and few seemed to make quite the same impression. 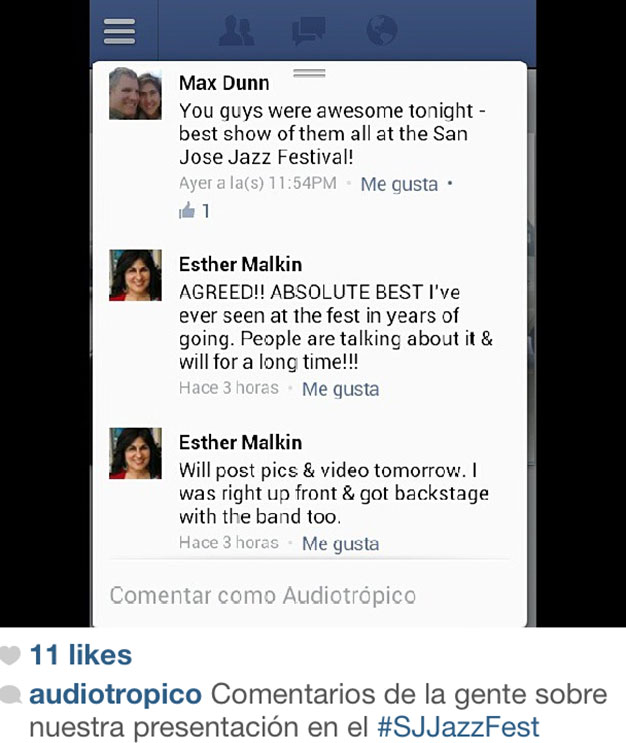 We had the pleasure of presenting two living jazz legends on the same stage when Dr. Lonnie Smith and Les McCann joined Javon Jackson on the Main Stage Sunday afternoon. Respect was evident when our Sunday headliners, Dave Koz and his “Summer Horns,” couldn’t hide their excitement at following McCann, a pioneer of the soul jazz genre. 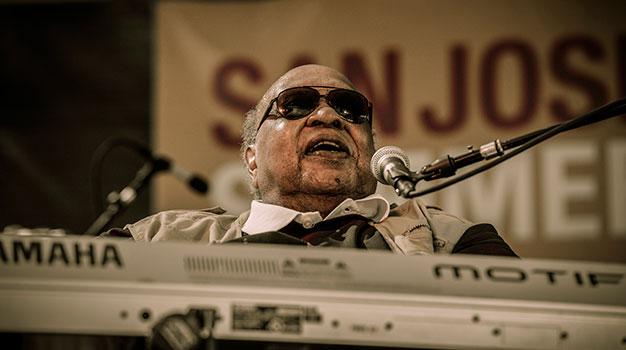 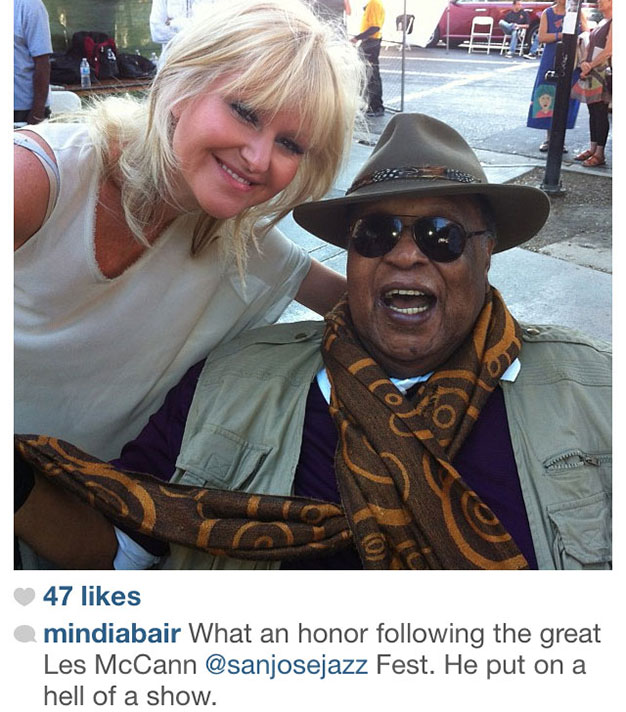 Much like Dr. Lonnie Smith and Les McCann, Preservation Hall Jazz Band has continued to be a cultural touchstone for jazz music, and their dedication to preserving the New Orleans jazz sound has been unwavering. For those unsure about whether or not a group 50 years in the making can still get crowds to their feet, the group left no doubt about their ability to command an audience when our Sunday Main Stage audience brought them back for a rousing encore performance that inspired a group to start dancing on Market Street. 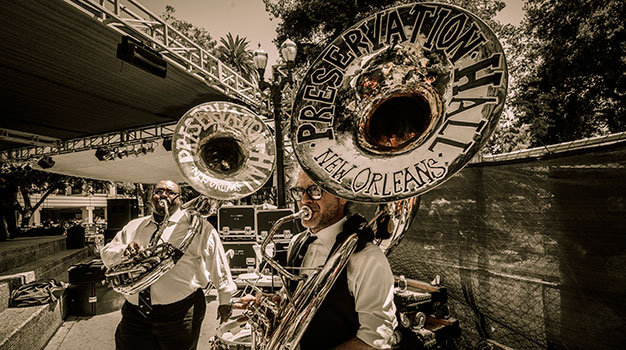 Saturday night marked a triumphant regional return for “tiny orchestra” Pink Martini, who made their Summer Fest debut on our Main Stage. With original vocalist China Forbes at the helm, the group led the audience through their illustrious musical repertoire and even asked choice fans to join them on stage before closing out their set. Though we had never featured the Portland collective, their stunning set proved that the group is still running on all cylinders in the lead up to September release Get Happy.  (If you missed it, we interviewed band leader Thomas Lauderdale before Summer Fest and, as expected, he had plenty of fascinating things to say.) 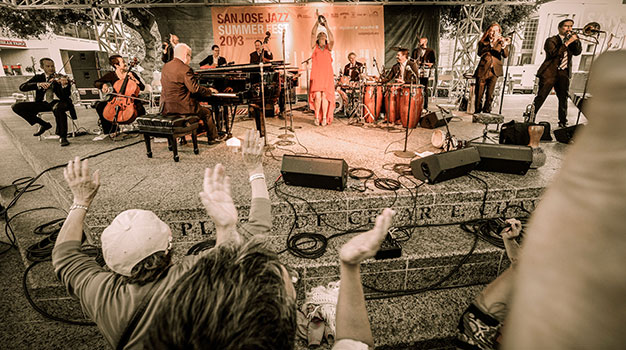 We’ll be providing more recaps in the coming days, but in the meantime, feel free to share some of your Summer Fest highlights in the comments below. Thanks again for helping music of many shapes and sizes invade downtown San Jose for the weekend!