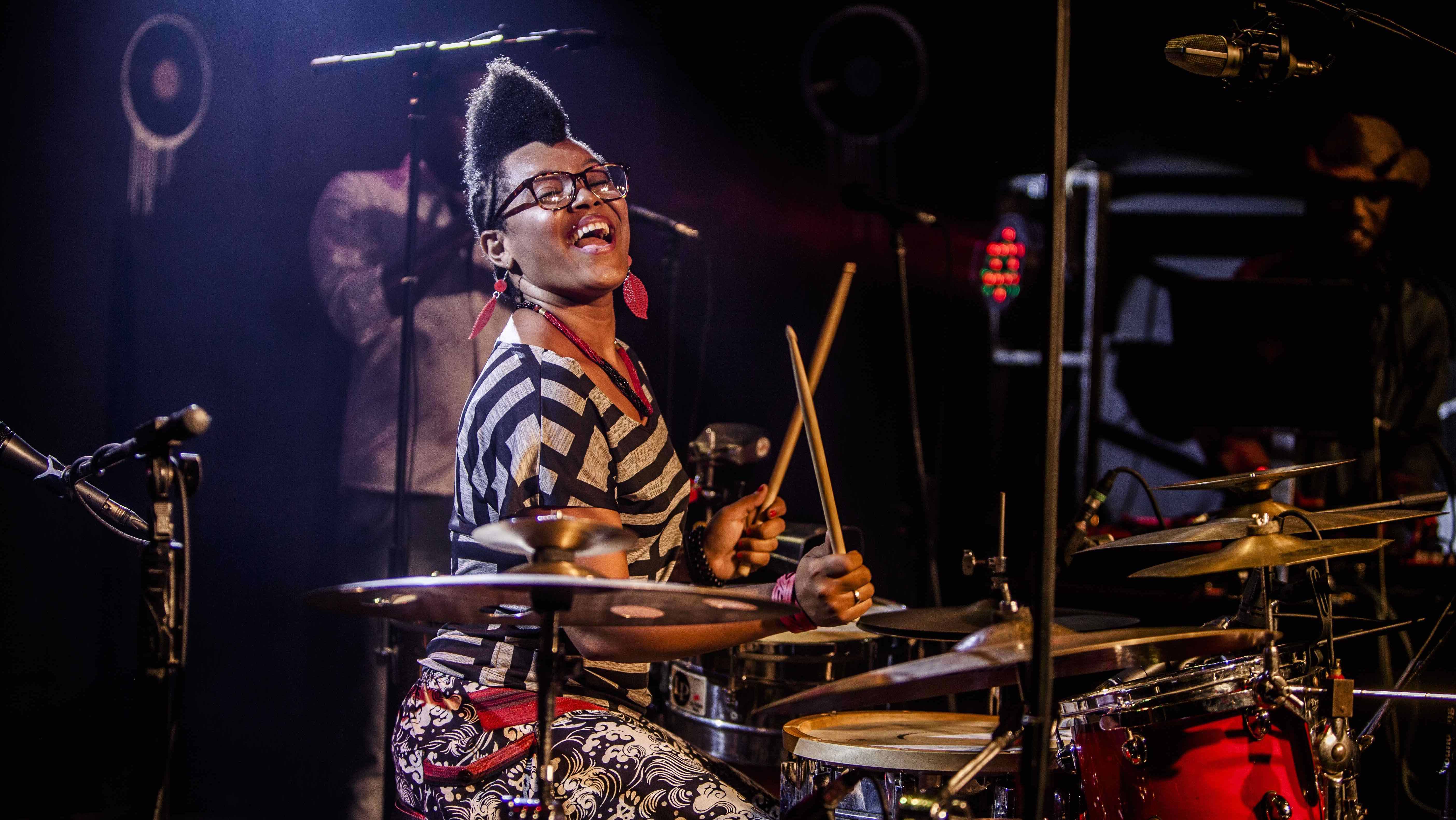 Yissy García and Bandancha: At the Vanguard of Cuban Music

Anthemic, sustained synth chords that hint at electronic music, glimpses of a sampler and drum machine in the music video, and a verse that begins with rapping in Spanish. That’s jazz, right? As their new single “Universo” shows, drummer Yissy García and her band Bandancha’s eclectic sound may very well point to where contemporary jazz-influenced music may be headed in their native Cuba. Since the release of their album Última Noticia in early 2016, García …

This year, Summer Fest welcomes a handful of distinguished artists arriving in San Jose from various destinations throughout the world. Some will be offering a fascinating merger of differing musical styles. Others are a testament to the global impact of American jazz and blues music. Read on to learn about six artists bringing their international sounds to American audiences. fatsO This group may be from Colombia, but the best reference point for their sound is …

At only 25, Cuban singer and songwriter Daymé Arocena has earned a staggering amount of praise given her relatively short recording career. Yet it only takes a moment of watching her in her element to understand why the kind words have been pouring in. From the first notes of “Madres” during her Tiny Desk Concert performance, Arocena’s honesty and artistic vulnerability are on full display. She commands her makeshift stage with the song, a prayer to …