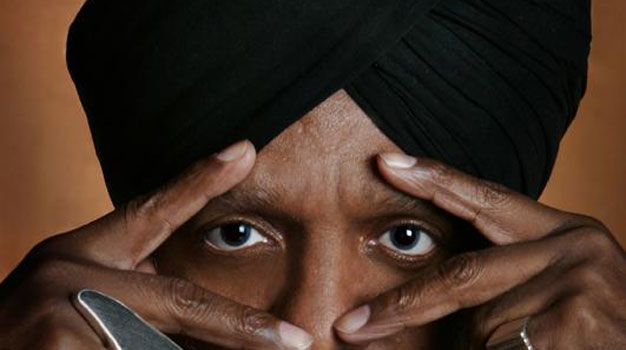 Dr Lonnie Smith is not a medical doctor, but his music has been found to be good for one’s health. A bona fide star on his signature instrument, the Hammond B-3 organ, Smith’s performances are filled with joie de vivre and energy – Dr. Lonnie loves to play! – and he’s been playing for a remarkable 50 years and counting.

From upstate New York, Dr Lonnie was born into a musical family and manifested a strong interest in music early on first by picking up the trumpet. He also sang in several vocal groups while a teen (one of which was called the Supremes, though not related to the famous girl group led by Diana Ross). However, he was drawn to the Hammond organ upon encountering one in his local music shop; in a now famous story, the young Dr. Lonnie was eventually given the Hammond by the shop owner, Art Kubera. This amazing act of generosity has been praised and acknowledged effusively by Dr Lonnie throughout his professional career.

Dr. Lonnie was soon gigging on the instrument, though he had no formal training – in fact, he still doesn’t know how to read music and taught himself to play by ear, figuring things out as he went along. This approach became integral to his performance style, as he shunned the notion of memorizing parts, preferring the challenge of finding new and fresh ways to play the song each time. This brings a palpable spontaneity and edge to each show. Songs are re-arranged and re-interpreted on the fly. Watching the man himself – with his huge, merry eyes and animated face – is part of the joy of seeing Dr. Lonnie live. His immersion in the performance is so utterly complete.

Once Smith began playing in his local clubs, he soon began making contacts, one of whom was the young guitarist George Benson. This fortuitous meeting led to a partnership of long standing as both players attracted the attention of record label talent scouts (such as Columbia’s John Hammond, who left his own indelible imprint on contemporary music through his work with Bob Dylan, Bruce Springsteen, Billie Holliday and many other legends). Soon, Smith appeared on Benson’s first album, It’s Uptown, and not long thereafter, made his first recording as leader for Columbia, Finger Lickin’ Good, also featuring Benson.

Another musician Dr. Lonnie came to know was saxophonist Lou Donaldson. In 1967, Smith and Benson both appeared on Donaldson’s Alligator Boogaloo, which connected with its audience, achieving significant commercial success and reaching #3 on the Billboard Jazz Chart. In doing so, it became a staple of the soul-jazz genre along the way. This led to Dr. Lonnie’s move to Blue Note Records, where he released several CD’s: 1968’s Think!, 1969’s Turning Point, the live Move Your Hand (also 1969) and 1970’s Drives.

Downbeat magazine named Dr. Lonnie Top Organist in its 1969 Best of poll, and the Jazz Journalists Association has chosen him as Organ Keyboardist of the Year five times.

With a broad appreciation of many styles of music, Dr. Lonnie’s recorded output also includes the CD’s Purple Haze and Foxy Lady, both of which were a tribute to Jimi Hendrix, and his 2003 release Boogaloo to Beck, a tribute to the musician/songwriter Beck Hansen.

Likewise, Dr. Lonnie’s music has been sampled by rap and dance artists including A Tribe Called Quest and his music has been credited as an influence in the development of acid jazz, a melange of jazz, hip hop and funk as practiced by bands such as the Brand New Heavies and Jamiroquai.

In 2012 Dr. Lonnie started his own label, Pilgrimage Records, and put out a new CD, The Healer.

However, Dr. Lonnie’s natural habitat will forever be on stage, leading his own organ trio or playing with artists including Grover Washington Jr, Ron Carter, Dizzy Gillespie, Dionne Warwick, Gladys Knight & Etta James. Wearing his signature turban (which has no religious connotation — it’s just part of his unique look), Dr Lonnie plays each note with relish, a statement of purpose and intent to keep making music and to have a very, very good time.

As Jazz Times said, Dr. Lonnie is “a riddle wrapped in an enigma wrapped in a turban.” Truly, there’s no one like him.

Dr. Lonnie Smith performs on the San Jose Rep Stage Sat Aug 10 @ 6pm with his own trio. He will also perform Sun Aug 11 @ 4pm with Javon Jackson and Les McCann.