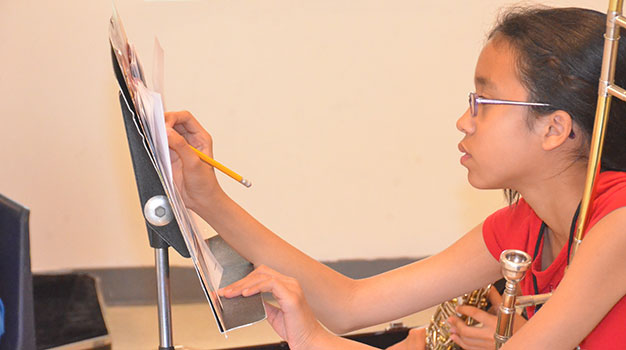 As our premiere event of the year, Summer Fest provides us with the opportunity to highlight our year-round education efforts. We look forward to Summer Fest 25 putting a greater spotlight on our initiatives than ever before!

Here we highlight the many ways education and youth will be celebrated as part of our full weekend of festivities, and shine a light on the musical director behind a long-standing Next Gen act at Summer Fest, the heralded “Mr. Clifford” from Mr. Clifford’s Young Jazz Allstars. 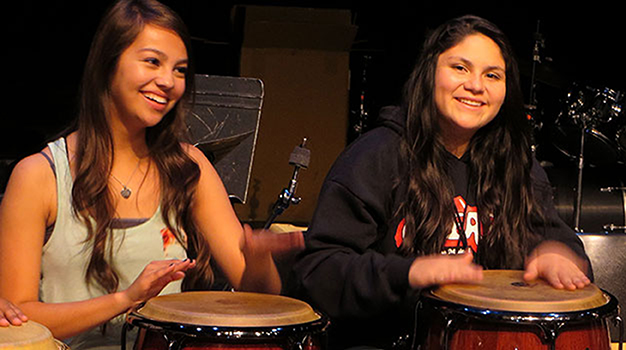 This year, we’re proud to be bringing our Next Gen Stage footsteps from our Kaiser Permanente Main Stage! All Next Gen acts will be performing at the South end of Plaza de Cesar Chavez, with each set happening between Main Stage acts.

We’re also beefing up this side of the park by adding a number of special events that will make Summer Fest a family fun zone. Main Stage sponsor Kaiser Permanente makes a serious statement in this area with their obstacle course. Colorz will offer face painting and air brushed tattoos. MACLA provides a chance to create your own luchador masks. Rockin’ Jump will also have a hackey sack toss. We will also be featuring a bubble artist, who was performing to acclaimed audiences at the Bacon Festival of America (he’s at Summer Fest Saturday only). On Saturday only, Valley Painting Parties will be leading kid-friendly painting activities.

With the help of ArtIsMobilUs, a centerpiece of our family friendly activation will be a writing wall. Attendees will get to paint whatever their heart desires in their designated space as part of this mural project. The mural will be on the grass near the Next Gen Stage. 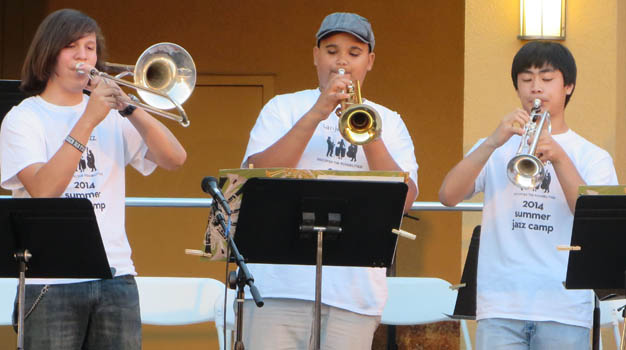 Education makes an additional splash this year when our Summer Jazz Camp Combo opens the Kaiser Permanente Main Stage at 11:30am Sunday, August 10.

This is not only a great chance for San Jose Jazz to put a spotlight on its two-week Summer Jazz Camp, held this past June at the School of Arts and Culture at Mexican Heritage Plaza, but a great opportunity to make dreams come true for some of the camp’s stand-out performers. This combo will perform in front of our eager Main Stage attendees, providing some youthful energy to kick off our final Fest day. 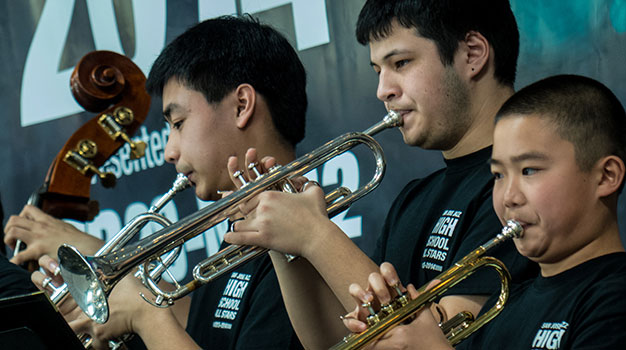 In the past two years, the San Jose Jazz High School All Stars have received back-to-back “command performance” ratings in both big band and combo formats at the Santa Cruz Jazz Festival. This is thanks to the efforts of Musical Director Aaron Lington, who will lead his own quintet later in the evening on the Silicon Valley Stage.

The All Stars, comprised of the best young jazz talent from 14 schools in the area, close our AT&T Next Gen Stage Saturday, August 9, with the ensemble set to take the stage at 5:15pm. Make space in your busy Summer Fest calendar to see why they’re earning such impressive reviews. 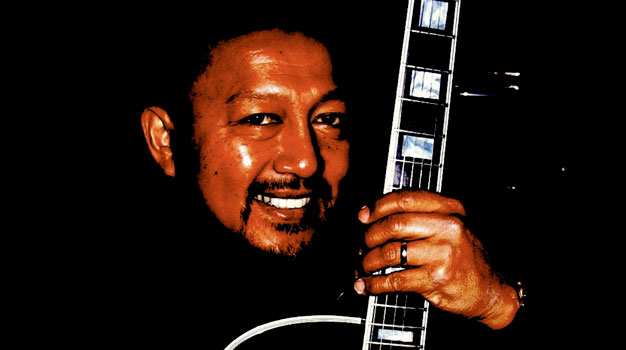 On Sunday, Mr. Clifford’s Young Jazz Allstars open the Next Gen Stage, and we spoke with Mr. Clifford to discover his musical beginnings and the wisdom he works to impart on his very young students.

Clifford Samoranos, better known as “Mr. Clifford” by students and Summer Fest attendees, is a Summer Fest fixture. He and his young jazz all stars have appeared as part of the Fest since 2000. Yet it did take a little push to prove that his students could play.

When his application was initially turned down because the Fest was looking for high school students, Mr. Clifford made quite the case when he sent in a cassette recording of the great work they were already doing. Some students were as young as five. He’s been invited back annually ever since.

“I think the youngest [student this year] might be seven,” says Samoranos when asked about his Summer Fest 2014 ensemble. Since his young jazz allstars are appearing as part of the Fest’s 25th anniversary, he’s also including appearances from former students, the oldest being Maggie, a 19 year old who’s “been performing with us since she was five.” 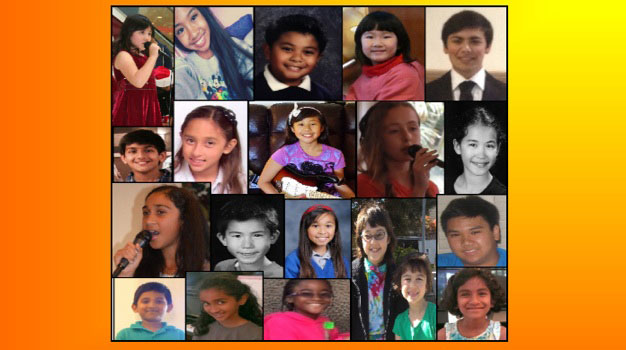 Clifford’s own musical journey started when he began piano lessons at the age of six. His focus later shifted to guitar, and he honed his chops in church ensembles at St. Martin Parish in Sunnyvale. In middle school, he started a guitar club, teaching other students how to play simple songs. The work of guitarists Joe Pass and Django Reinhardt served as huge early influences.

Though he didn’t see himself becoming a teacher, there were signs that pointed to the profession being a great fit when he was younger. Teachers would always ask him to mentor other students, and when he taught martial arts, he was always asked to teach classes others didn’t want to lead. He always enjoyed the challenge of adapting his teaching approach to communicate with others.

As he states, “I’ve learned to transfer information effectively.” It shows in the age range of his students – he still teaches adults periodically though he works mainly with elementary school students.

Samoranos likes to focus on younger students because he finds it easier to teach them the key contributing factor to musical success: letting go.

“It’s hard to teach a high school kid [to be silly] versus a pre-school kid, who will do that right away,” he explains. “If you’re self-conscious, that’s going to be your main inhibitor to any type of creativity. Once I rid them of self-consciousness, my students just flourish.”

Please visit the education page at sanjosejazz.org to read more about our year-round education efforts, which include Progressions, Summer Jazz Camp, High School All Stars and our Next Gen Stage. Click here to purchase tickets to Summer Fest 2014.