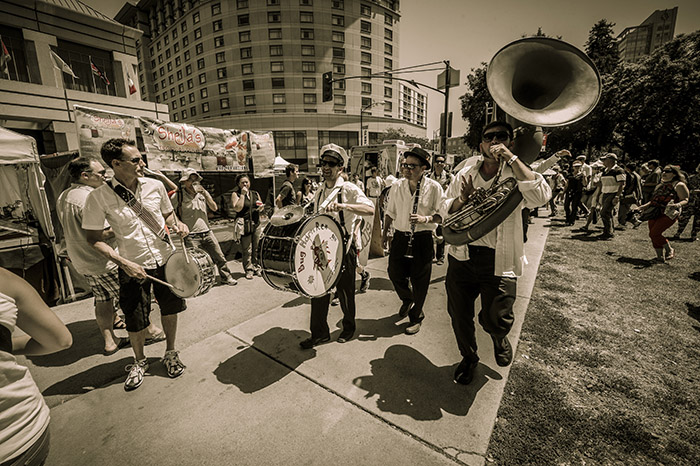 If you’re a foodie or are looking to pick up some fun art or accessories while at Summer Fest, we have some great options for you this year. Our Applied Materials Community Corner also gives Fest attendees the chance to find out more about local non-profits.

Below, we provide a handful of sights, smells and tastes not to be missed this weekend. 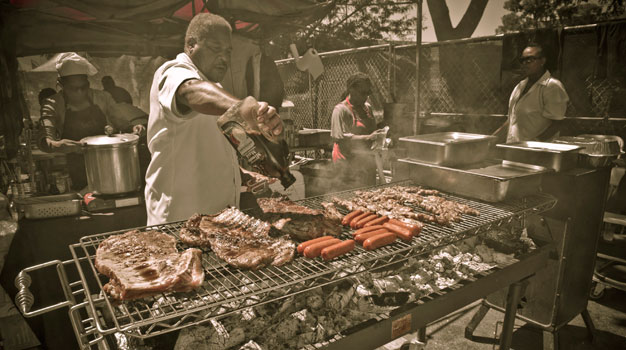 WHAT’S ON THE MENU? GREAT FOOD AT SUMMER FEST

We’re excited to have great food choices from Fest veterans and newcomers alike for our 25th anniversary. While this isn’t a full list of everyone you’ll find at Summer Fest, here are a few choice highlights:

Based in Oakland, Souley Vegan’s proprietor, Tamearra Dyson, uses techniques she learned from her family in Louisiana to subvert the idea that healthy, vegan eating lacks flavor.

Dyson and her kitchen staff put a vegan spin on a roster of Southern classics, such as potato salad with black olives (following a family recipe three generations old), as well as mashed potatoes drenched in vegan gravy made like her mom did. The eatery’s mac and cheese – made with yeast-based, non-dairy cheese – earned it accolades from the East Bay Express, which said that it “is so perfect a substitute to its dairy-based kin that it leaves the eater convinced it’s the real thing,” while also bestowing Souley Vegan with “Best of East Bay” awards for the past five years. USA Today has also recognized the eatery as among ten great places for soul food in the country.

When short on money, Nita Bee baked her oatmeal surprise cookies and gave them away as Christmas presents. They made quite a splash, with relatives asking her to bake them for events during the year. She finally sold her first dozen cookies in 1995 for $5, and has since used her recipes to spread good cheer and great flavor. If you’re in the mood to try some of her “tastys,” you’ll want to look no further than her cookies and sweet potato pie.

After falling in love with the traditional Spanish dish while skiing in Spain, long-time chef and restaurant owner Gerard Nebesky learned how to cook paella to perfection. He then set about bringing this culinary experience to patrons around the country.

Nebesky’s business gained some serious cred when he won Bobby Flay’s paella throwdown challenge, an event featured in season five of Food Network show Throwdown with Bobby Flay. Additionally, Gerard’s has been featured in such publications as Sunset, Saveur, Men’s Journal and Eye on the Bay. Their list of high profile clients has included catering on set for Mythbusters, Law and Order and American Idol and on-site visits to Google, Dell and LucasFilm.

Committed to serving “quality street food in your hood,” Moveable Feast aims to transform everyday spaces into fun culinary pop-ups thanks to their extensive network of food trucks. The organization has been a key component in organizing and promoting the wildly successful food truck movement in the greater Bay Area. San Jose Jazz is happy to be partnering with Moveable Feast for the first time this year 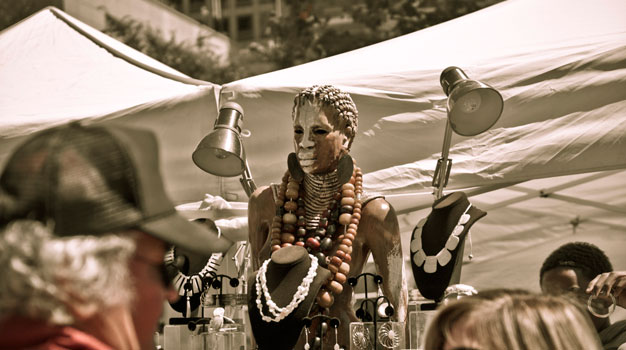 Dash Hemp’s founder, Richard Dash, formed his first successful apparel company in Hawaii in the 1970s. He left to conduct international tours in 1985, then returned to apparel after attending WHEE Festival in Oregon in 1997. The fest convinced him hemp was the fiber of the future for apparel, and he’s been designing and manufacturing some of the most unique garments in the hemp industry ever since.

Born and raised in Jacksonville, Florida, Charles K. Rogers first tasted success as a budding artists when some of his early work was exhibited at the Florida State Fair. Rogers’ work has been distributed internationally and published in Essence and De Cor. Much of his work has also been published by Norwood Publishing and African American Expressions, now the largest black-owned greeting card company in America.

In addition to his jazz-inspired pieces, he has created a style of multimedia with authentic African fabrics and acrylics. He ties back his inspiritation to giving “African Americans and others positive visions of life that will make our world a better place.”

Rogers and his work offer a number of ways to visualize and commemorate your Summer Fest 25 weekend.

Located in Wilow Glen, Jorcal Hat Co offers affordable, high quality urban, fashion forward hats, scarves and accessories. If you’ve been on the hunt for a specific hat, chances are Jorcal has it. Their store includes facinators, fedoras, Panamas, berets, jockeys, newsboys and more. You’ll definitely want to take a stroll by to try on a few hats if you need some shade from the warm August sun.

Rather than just selling their jewelry, Razzle provides a full-service customer experience. Get fitted for toe rings on site, then discover which designs best suit your taste. Stop by their booth for some hands-on shopping – we’re sure you won’t find another booth like this at Summer Fest this year.

If you’re looking for a fun way to remember Summer Fest weekend with family and friends, get matching henna tattoos at our Henna Hut, located . . . . Just like Razzle Dazzle Toe Rings, henna is a fun way to slow down and connect with friends and other Fest attendees, which is what Summer Fest is all about. 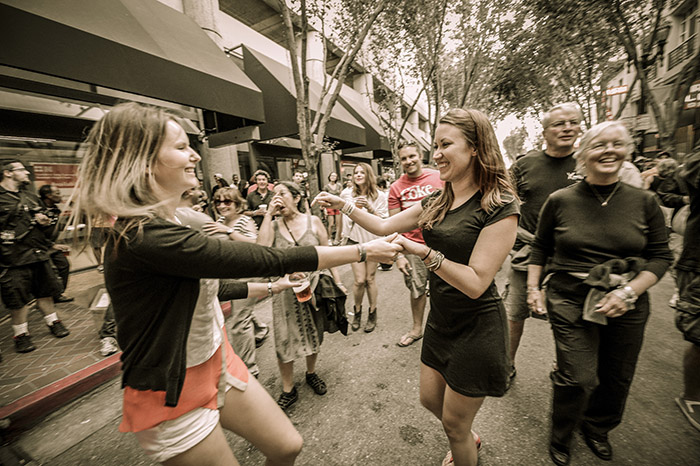 An intersection between Summer Fest attendees and local area non-profits, our Applied Materials community corner gives participating non-profits space – of charge – to get the word out on their efforts near our busiest stages.

A number of our community partners will be on-site all weekend at both the Kaiser Permanente Main Stage and Salsa Stage. Here’s a quick run-down of who you will find near each stage: