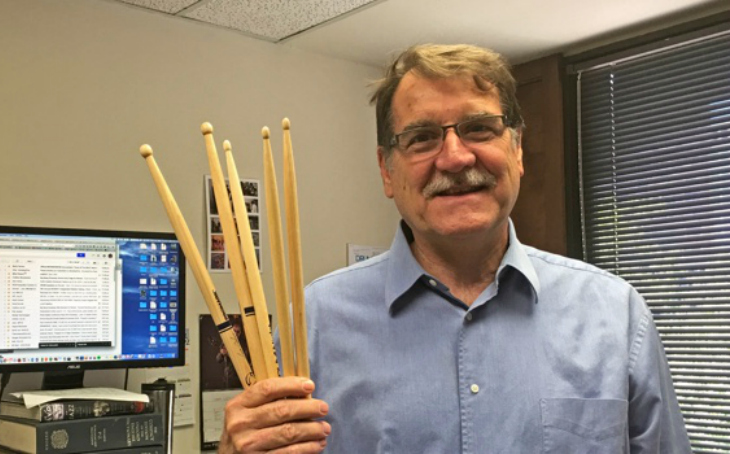 As co-founder of Enter Music Publishing, Phil Hood oversees the music magazine publishing company and is the publisher of Drum! Magazine. The most fanatical drumming magazine on the planet got its start in 1991 and is located here in San Jose, California.

One of the first musical instruments, the drum is also a powerful communications tool. It evokes many forms of energy and has been utilized by virtually every culture, from the cradle of civilization to Congo Square in New Orleans, the birthplace of jazz, and beyond.

The heartbeat of humanity, the drum begins our countdown of the 55 days until San Jose Jazz Summer Fest 2016 with Phil Hood kicking off the Fest Five. Drumroll, please….

The Funky Meters
There are so many good bands on this year’s bill it’s tough, but any chance you get to see some of the original Meters you should take it. The original lineup with drummer Zigaboo Modeliste inspired thousands of drummers. Russell Batiste was the original drummer in the Funky Meters. Equally amazing, now the tradition continues with Terrence Houston. Can’t wait.

Galactic
Another New Orleans legend. Drummer Stanton Moore and this whole band is a revelation. It’s too big a cliche to call them a funk and jazz band because they are that but they fuse a lot of styles into their music.

Jackie Gage
Jackie is a local talent well known to San Jose Jazz fans. She is still coming into her own as a singer so I don’t want to miss this.

Jane Bunnett and Maqueque
Drummer Yissy Garcia is an all-universe Cuban drummer whom we don’t get to see often enough in the U.S. And Jane Bunnett is a legend in Canada, and one of the most adventurous players you’ll hear anywhere.

Sergio Mendes
When the bossa nova wave hit the U.S. in the early ’60s it had a huge impact on pop and jazz, similar to the impact of Cuban music on jazz in the late ’40s. Composers like Antonio Carlos Jobim and singers such as Astrud Gilberto became household names. Sergio came a little later with a sound that filtered bossa and jazz through pop. His string of hits was nonstop. This is a great chance to see a legend.

We want to hear your Fest Five! Share the top five artists you’re most excited to see at San Jose Jazz Summer Fest by emailing info@sanjosejazz.org or posting your list on our Facebook page. Include a photo of you holding up five fingers, and you may be featured as we count down to the fest.