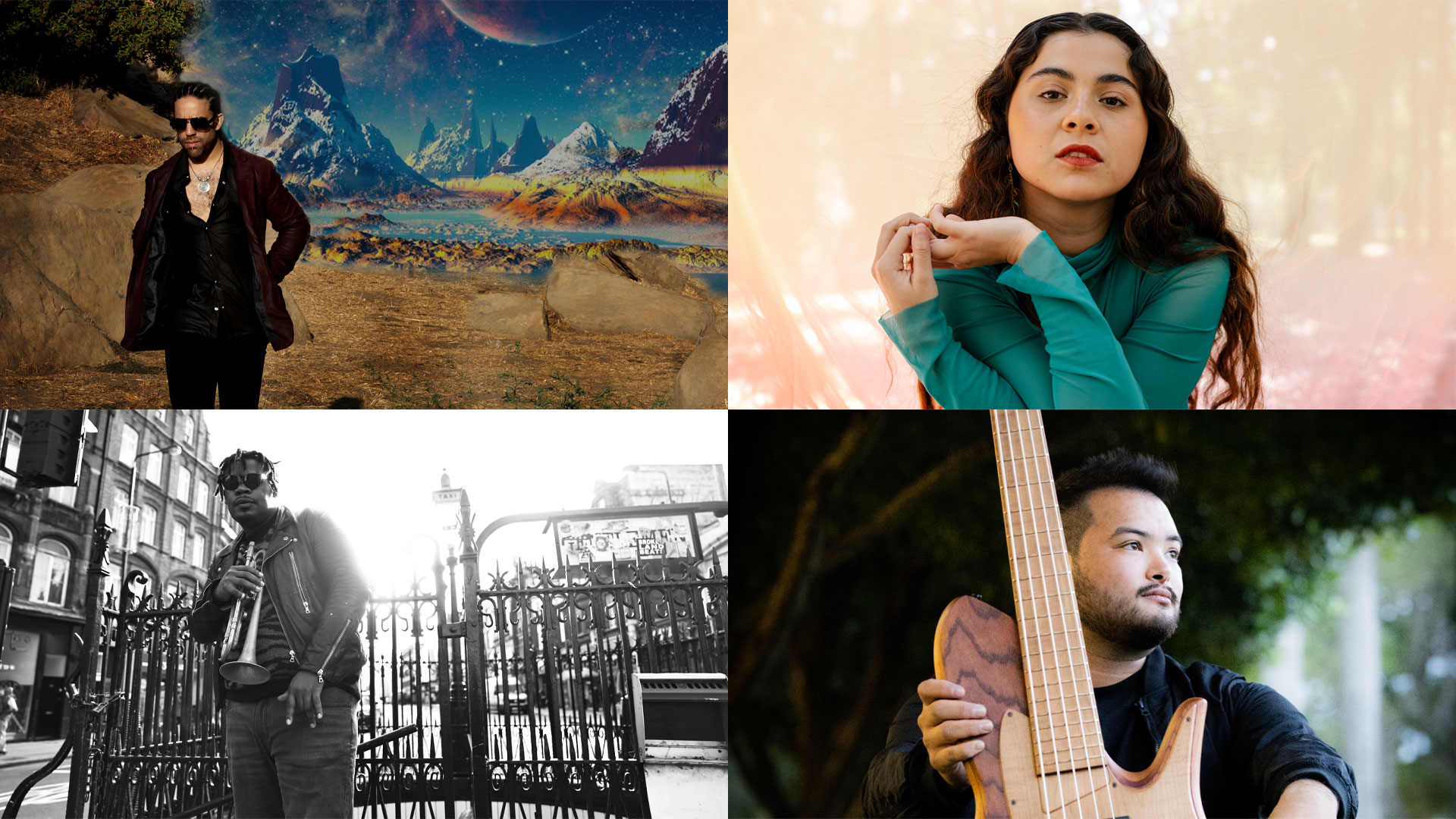 Sure, we’ve got the stars on the Sobrato Organization Main Stage, but Summer Fest is all about discovering new genres of music, and the fast-rising artists that will be on everyone’s playlists next year. In the past, we’ve presented everyone from Kamasi Washington and Robert Glasper to DOMi & JD Beck and Veronica Swift, before they became much better-known. Here are a few highlights of this year’s artists to watch.

A member of the game-changing, genre-blurring LA collective the West Coast Get Down, pianist Cameron Graves’ style has been described by bandmate Kamasi Washington as an “almost unbelievable combination of modal jazz, romantic era European classical music and mathematical death metal.” Cameron’s sophomore album, Seven, released in February 2020, takes his musical vision to a new height, blending jazz, fusion, rock and metal. The result is a new and innovative sound that may change your view of jazz.

Called “one of Mexico’s greatest young talents and vocalists” by KCRW’s José Galvan, Veracruz-born Silvana Estrada is the new voice of a movement of independent female artists in Latin Alternative music. A multi-instrumentalist, Silvana most often plays the Venezuelan cuatro guitar, whose small body and warm sound suits her hands and syncs with the rolling variations of her vocals. Raised singing Mexican son jarocho and baroque choir music, and schooled in jazz, she is an iconoclast with a personal, poetic style that goes straight to the heart of listeners.

Hailed as “the future of the trumpet” by none other than Wynton Marsalis, Keyon Harrold is an inventive multidisciplinary, genre-fluid artist, bandleader, composer, arranger, and platinum music producer whose creative touch has extended into partnerships with collaborators as varied as Jay Z, Cirque Du Coleil, Nas and Queen Latifah. We last heard Keyon as a member of Common’s amazing band on last year’s Main Stage and we can’t wait to share his solo project with you.

An unconventional bassist, Mikailo Kasha is dedicated to pushing past the traditional restraints of his instrument. An alumnus of the SJZ High School All Stars and Stanford Jazz Workshop, Mikailo has won both the “Jazz Soloist” category in the graduate division of the DownBeat Magazine Student Music Awards, and its “Outstanding Performance” category with his Trio. Mikailo brings his latest project to Summer Fest: his innovative “Double Trio” featuring him performing with two pianists and two drummers.

For more interesting new artists at this year’s Summer Fest, visit the Lineup Page and search for genres “Homegrown” and “Up and Coming.”